RFID security for people and assets

A device called an RFID tag (or simply a tag or label) is a key component of the technology and are sometimes considered to be enhanced “electronic barcodes”.

What is RFID security with CCTV?

The deployment and use of Radio Frequency Identification (RFID) technology are growing rapidly across all types of industries. RFID asset management applies RFID technology not only in traditional applications such as asset or inventory tracking but also in security services such as manned and/or unmanned high-security locations.

The Hardcat solution triggers CCTV and sends photographs and alerts to the security desk or control room when certain controls are activated.

How does RFID work?

Systems that make use of RFID technology are typically composed of three key elements:

Each day, millions of people use RFID systems without even knowing. Employee passes, tags for motorway tolls or access to workspaces. They are hidden in passports and electronic car keys. RFID is ubiquitous and increasingly seamless. Nowadays RFID has become almost unavoidable for applications related to access control and logistics. The Hardcat autonomous RFID security solution is a combination of RFID tagging, of both people and assets, which is linked to CCTV cameras for unmanned locations and the Hardcat database software. The solution is designed to take a photograph of persons entering or leaving a location who do not comply with the requirements of the organisation.

Fixed RFID readers installed at prominent entry and exit points (unmanned or manned locations) will automatically detect assets and people moving in and out of these doorways or chokepoints.

The Hardcat system raises a work order containing the photograph (taken by the CCTV camera) as well as RFID tag details of both the asset(s) and the person entering and leaving high-security locations.

Whether entering an unauthorised location, visiting after normal working hours or carrying assets that are not assigned, Hardcat will trigger an alert and send a work order (with image and RFID data) directly to the security desk/control room for attention.

Stay up to date with the latest Hardcat news, events and insights 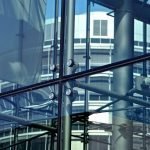 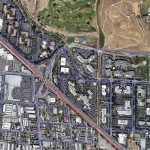